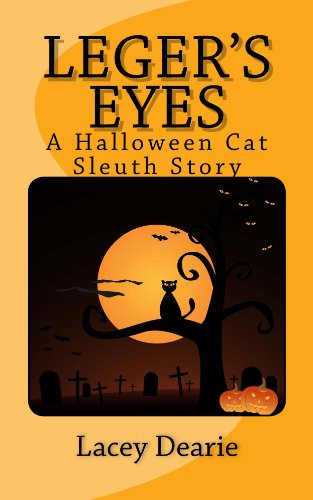 To Leger, Halloween is a nuisance. Everyone is talking about superstition and as a black cat he is in the firing line at this time of year. When his human's great-niece, Brianna, decides to dress as a black cat to go trick or treating and dress Leger in his very own costume, Leger decides enough is enough and leaves home, planning never to return.But just hours later on a stormy autumnal night, Leger embarks on his most difficult investigation so far. Following in Leger's footsteps, Brianna has gone on the prowl and he must find her before anyone else with sinister intentions does. Despite excellent eye sight, finding a miniature human dressed as a black cat on Halloween proves more challenging than he had first thought.The third investigation in the Leger series sees the return of the heroic Glaswegian feline detective and his old friends, along with some new members of the clowder. It is an 8000 word short story and as such, has been priced as low as Amazon will allow.The Leger - Cat Sleuth Mysteries are suitable for all the family, however parents are advised to exercise caution when allowing children to read them due to Leger's recreational catnip use!